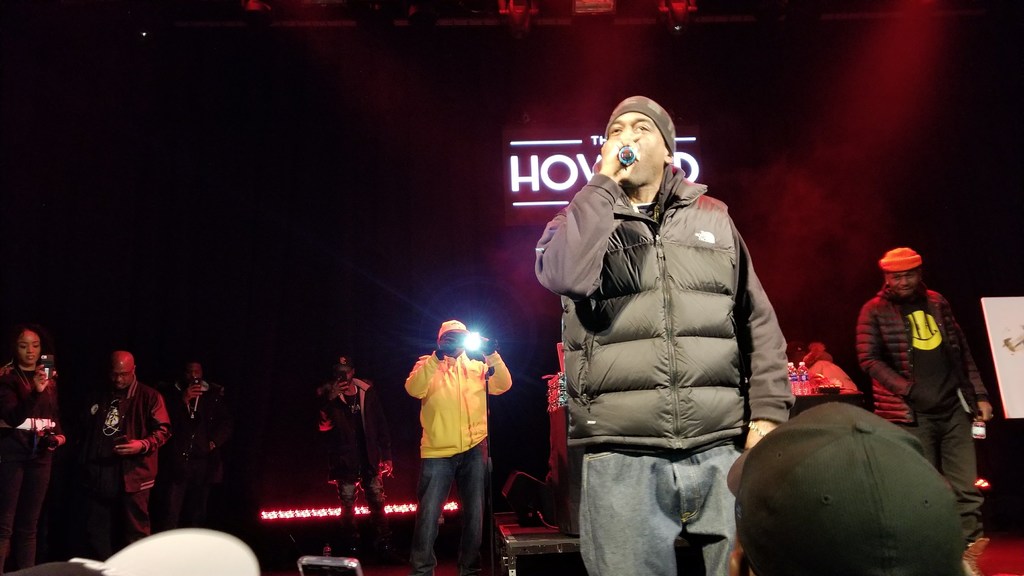 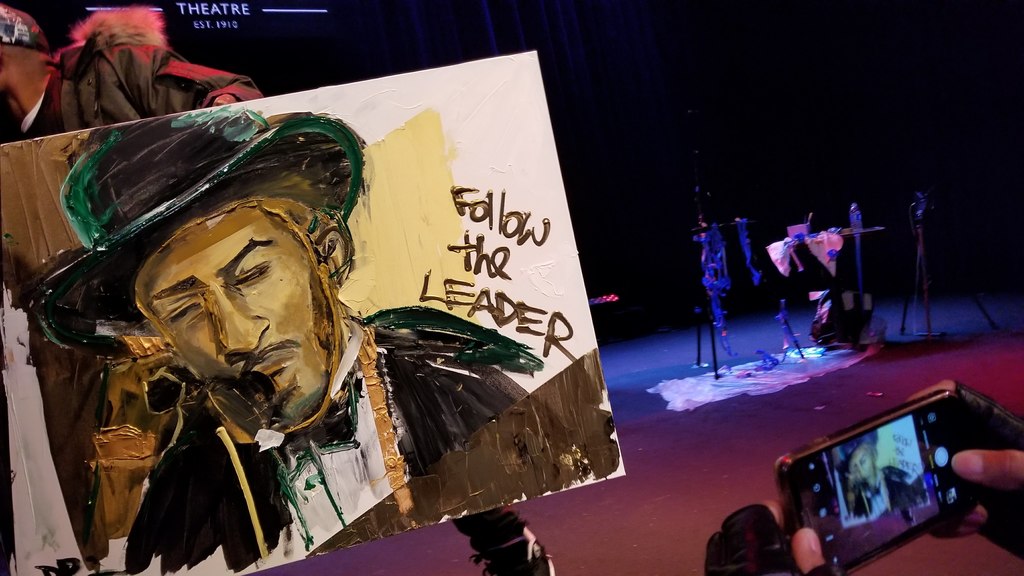 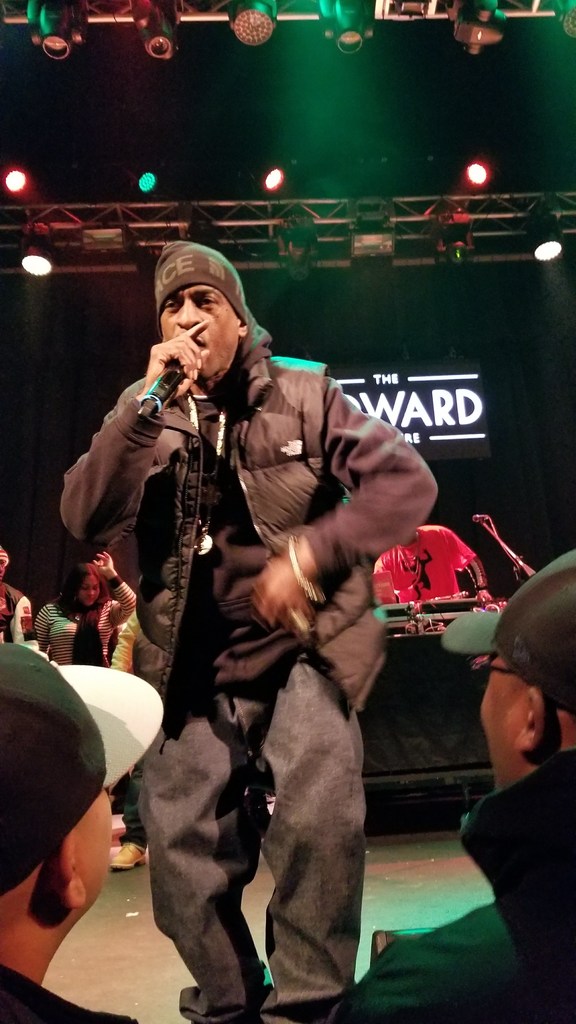 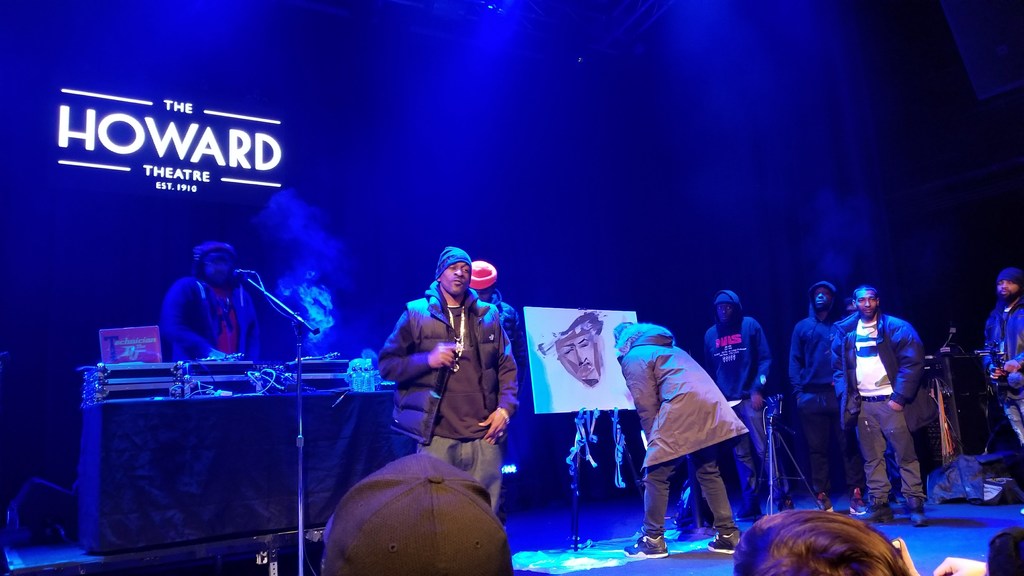 Rakim is the most consequential lyricist in hip-hop.  There is a delineation of where the artform was before he stormed onto the stage with My Melody in 1986 and afterwards.  The impact his prose has had on others for decades, has been undeniable.  Personally, I consider him the greatest for this very fact.  He is the touchstone any formidable MC will build their library of prose upon, so the opportunity to see him live is a treasure that cannot be measured.

Female MC, Intelligenz, and Rakim’s son, Tahmell, were opening acts and they performed admirably.  Rakim began his set with a newer track, Holy Are You, as he entered the stage before firing off with Don’t Sweat the Technique from the eponymous album (which became the last he created with Eric B).  While Rakim went through his incredible catalog, an artist painted in the background an image from the legendary video for his song, Follow the Leader (which unfortunately he did not perform that night).  The atmosphere of the Howard Theatre is warm and the décor of the building is iconic.  This allows for an intimate setting where an artist is literally within arm’s reach, which Rakim took advantage of and gave pounds to many fans in the front row. He also frequently took pictures in the middle of his set.

Rakim was freshly dressed in crisp the North Face vest and hoodie, skully hat, immaculate jeans, black boots, and a medallion.  He performed several more songs: Move the Crowd, It’s Been a Long Time, My Melody, Mahogany, What’s on Your Mind, Addictive, and In the Ghetto.  As the God said, “So many solos, there is no ending” in regards to his extensive catalog of hits.  Several other hits from his catalog also made the set including: Microphone Fiend, Know the Ledge, I Ain’t No Joke, and of course the finale which was Paid in Full.  Paid in Full was a single verse that immortalized the partnership of hip-hop and economics, what we call hustlenomics.  The mentality forever changed the course of the culture and Rakim’s performance on January 9th at the Howard Theatre, forever changed my life.  I was in the presence of a God, the R-A-K-I-M!  If he wasn’t, then why would he say I am.

12,623 thoughts on “Rakim Live at The Howard Theater Washington, DC”